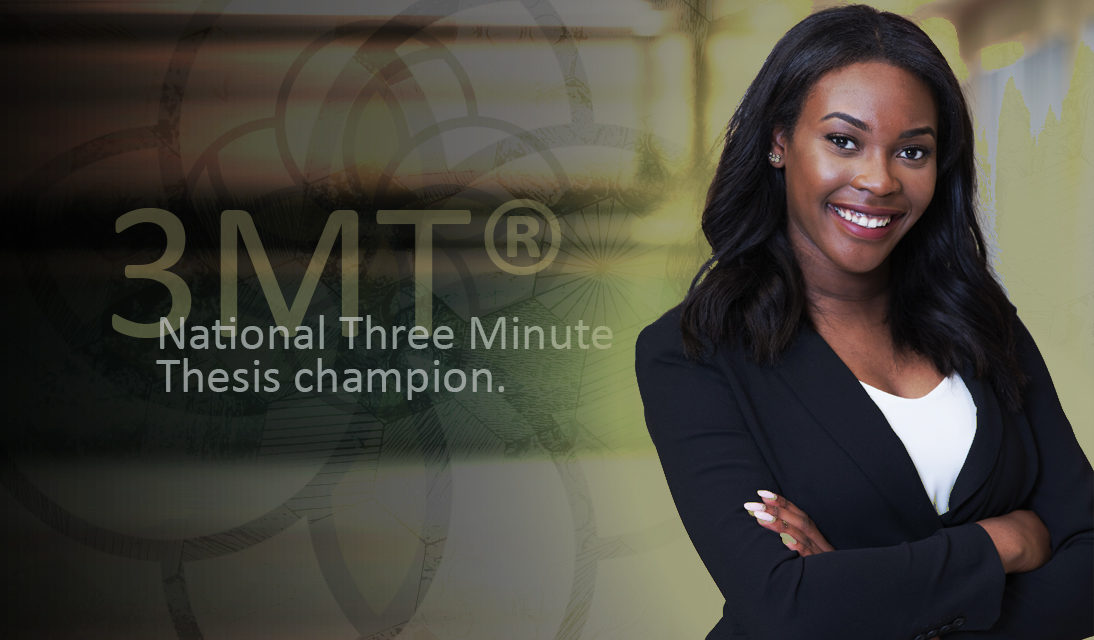 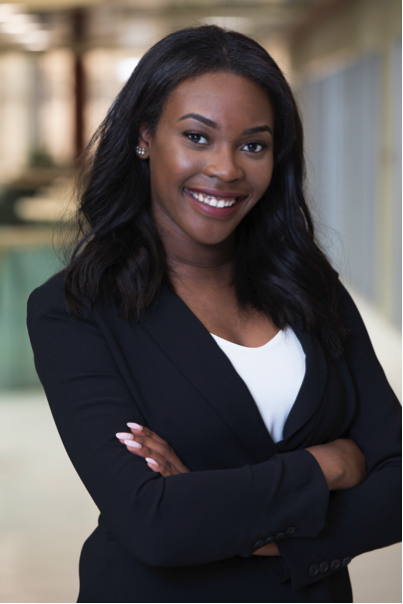 Her research focusses on the application of new MRS technology to observe metabolite changes in the brain chemistry of children. Nwaroh likens the use of this technology to “A Virtual Biopsy,” which allows researchers to peer deep inside the brain using non-invasive techniques. In her talk, Nwaroh cleverly drew upon the analogy of the brain as a box of chocolates. Whereas traditional magnetic resonance imaging technology (MRI) left scientists guessing what type of chocolates were inside “the box,” Nwaroh’s research on magnetic resonance spectroscopy (MRS) promises to reveal the size, shape, position, and flavour of each chocolate. The ultimate goal of this research, according to Nwaroh, is to improve the health and wellbeing of children suffering from brain injuries. “I believe my project has many applications in health care,” she stated, “and I hope that it will one day help people across the world.”

The judges of this year’s national Three Minute Thesis competition were extremely impressed by Nwaroh’s communication skills. Nicola Luksic, Producer of CBC Ideas, noted that the “quality of the presentations among all the finalists this year was truly impressive.” But what set Nwaroh apart was her command over the subject matter, and her ability to convey complex information to a general audience. “Her analogy was well suited to the topic,” Luksic noted, “and her clear and confident presentation style really stood out to me.” Another judge, Alejandro Adem, Chief Executive Officer and Scientific Director of Mitacs, agreed that Nwaroh’s presentation was outstanding. “This competition has clearly motivated the students to be at the top of their game,” he stated of the 11 finalists. “Nwaroh’s performance was quite remarkable. It is rare to see such research depth and communication expertise in a graduate student.”

Second place in this year’s national Three Minute Thesis competition was clinched by Gregory Lui, a Ph.D. student in the Department of Chemical Engineering at the University of Waterloo. Lui’s research focusses on photocatalytic materials, and their use in breaking down pollutants in waste water and in generating electricity. Like Nwaroh, Lui also leveraged a familiar analogy to convey his complex research to a general audience. Likening photocatalysts to a “chemical rollercoaster,” he demonstrated how wastewater created in the beer brewing process could be converted back into clean water, while at the same time generating electricity. The ultimate goal of Lui’s research is to apply scientific principals to solve real world problems, particularly those related to water quality, pollution, and energy security. “Through this competition,” Lui stated, “I learned first-hand the power and influence of the pitch. I am about to graduate, and am currently looking to bring this research and my experience in the 3MT to bear in the clean energy sector.” Lui’s Three Minute Thesis certainly impressed the panel of judges, but his performance also captured the imagination of the public. His video received 541 votes on the CAGS online voting system, which easily secured for him the prestigious People’s Choice Award.

The organizers and judges of this year’s national competition were all in agreement that the quality and sophistication of the presentations was the highest it has ever been. According to Sally Rutherford, Executive Director the Canadian Association for Graduate Studies, “this year’s crop of finalists was certainly one of the best.” More supervisors are getting behind the competition, Rutherford stated, and “it is obvious from the presentations that the universities are doing an increasingly good job preparing their candidates for this competition.”

The 11 finalists were videotaped in front of live audiences at regional competitions held at York University, the University of Regina, and McGill University. Those finalists were chosen from 36 graduate schools and more than 1,800 students. 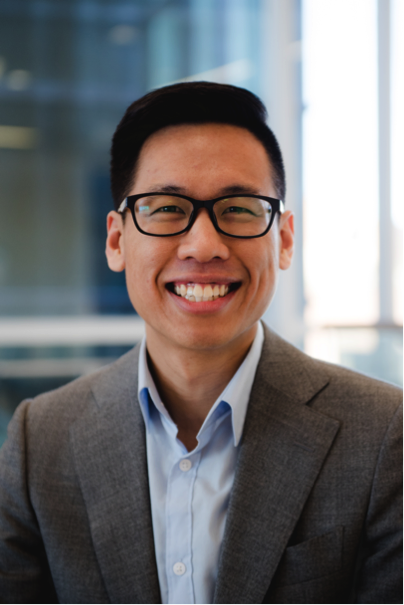 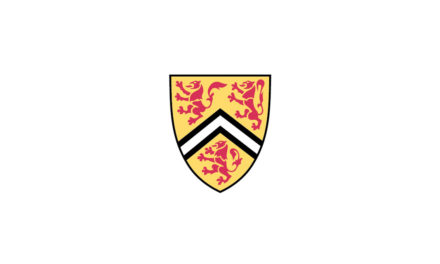 University of Waterloo recognized for accessibility to graduate education 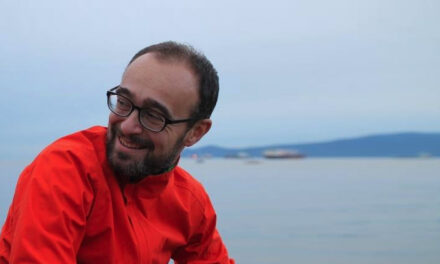 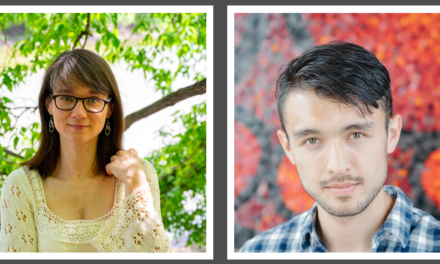 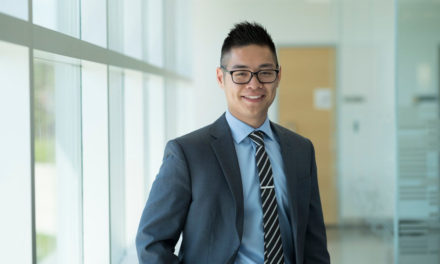 Clarity, Savvy and Making a Difference